Ssssh…
Keeping to my rule of finishing two projects before starting another one, I should be in the middle of a cast on. Instead, I’m knitting away on the sock blanket scarf. In fact, this evening, I’ve been sewing in ends. 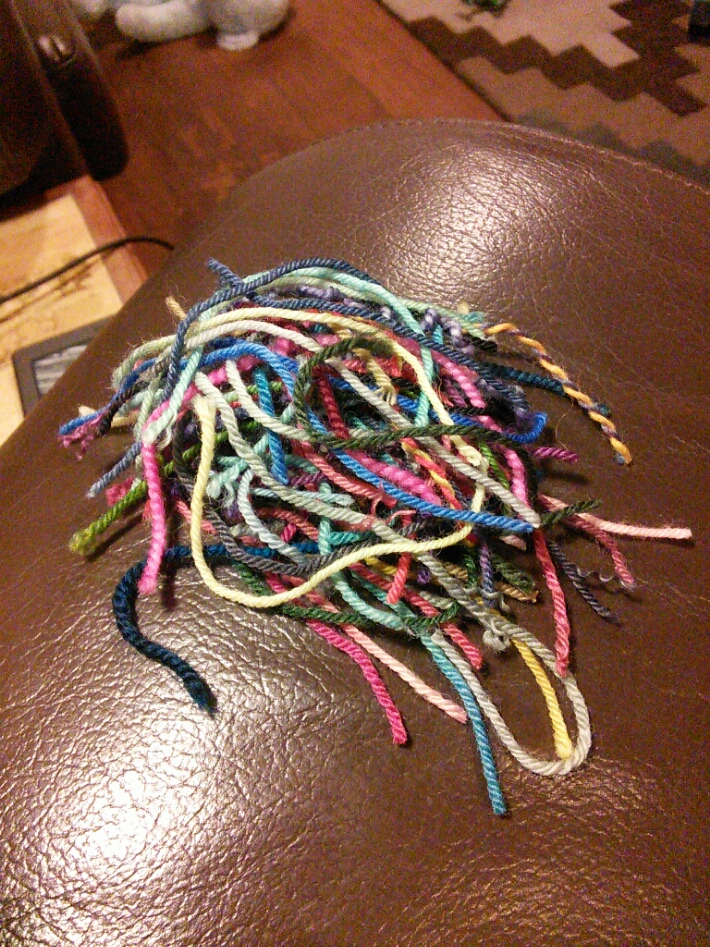 There is something weird going on in my brain. Maybe it is because I haven’t done the seaming of the swirl, so haven’t really earned a new cast on, but then I make the rules and I think I’m finished, so what’s that all about?

Maybe I am dealing with that rare condition that the Yarn Harlot calls finishitis. Let’s make the most of it because there are three or four projects I would love to see the back of.