The spinning has made progress today. I now have two full bobbins of singles of the Jacob humbug fleece, so they are ready to ply. However, I only have three bobbins so, before I could ply, I needed to clear the third bobbin. On the third bobbin I was halfway through spinning a selection of rolags using long-draw so today I finished the spinning. It was some time since I last tried long-draw and there was a bit of a learning curve to get back into it. Anyway, I ended up with this: 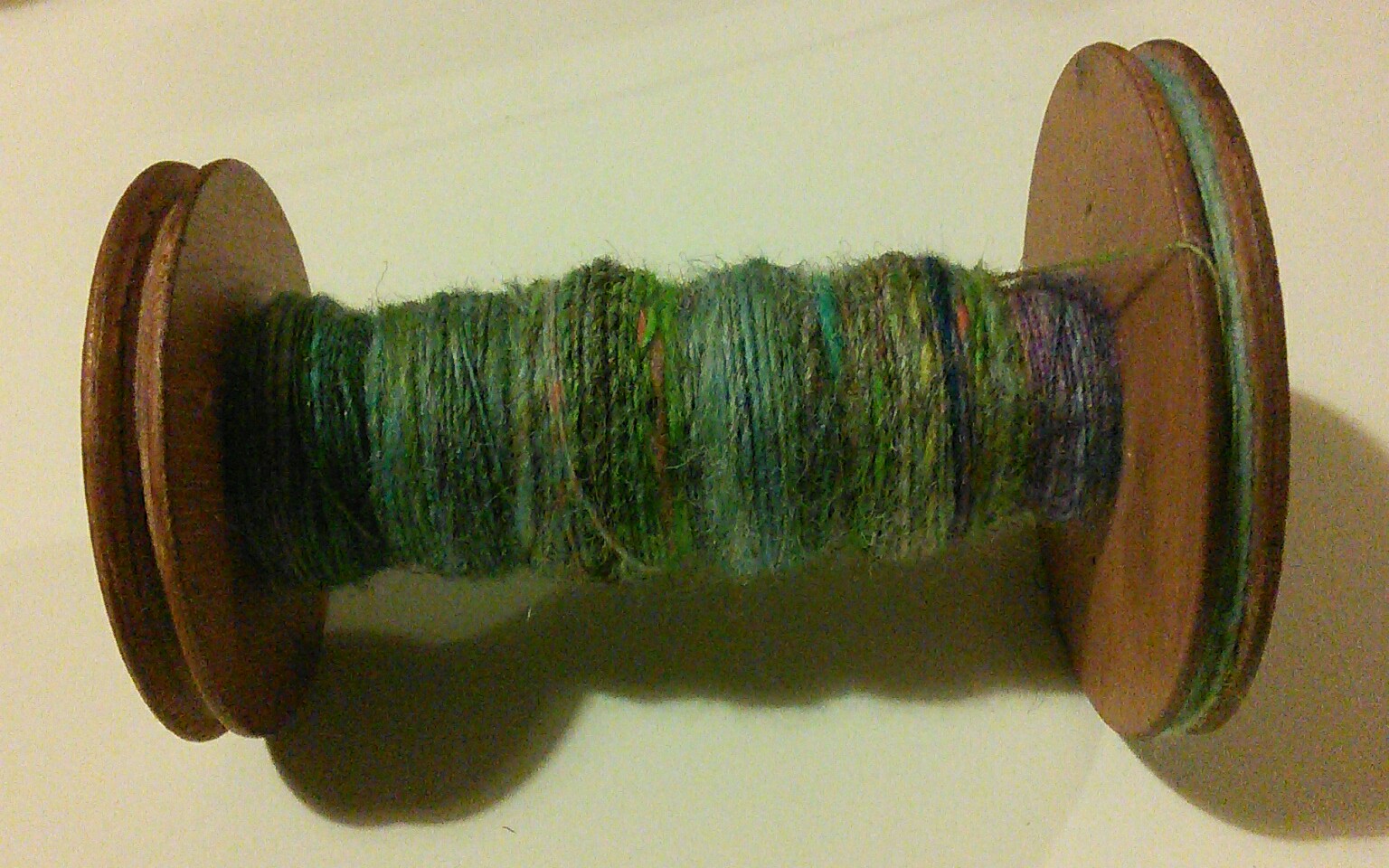 Remember how I only have three bobbins and two of them are full of Jacob? At the spinning course last year I learned Andean plying, where you wind the singles round your hand and fingers, then ply from both ends. Easier with a ball-winder. 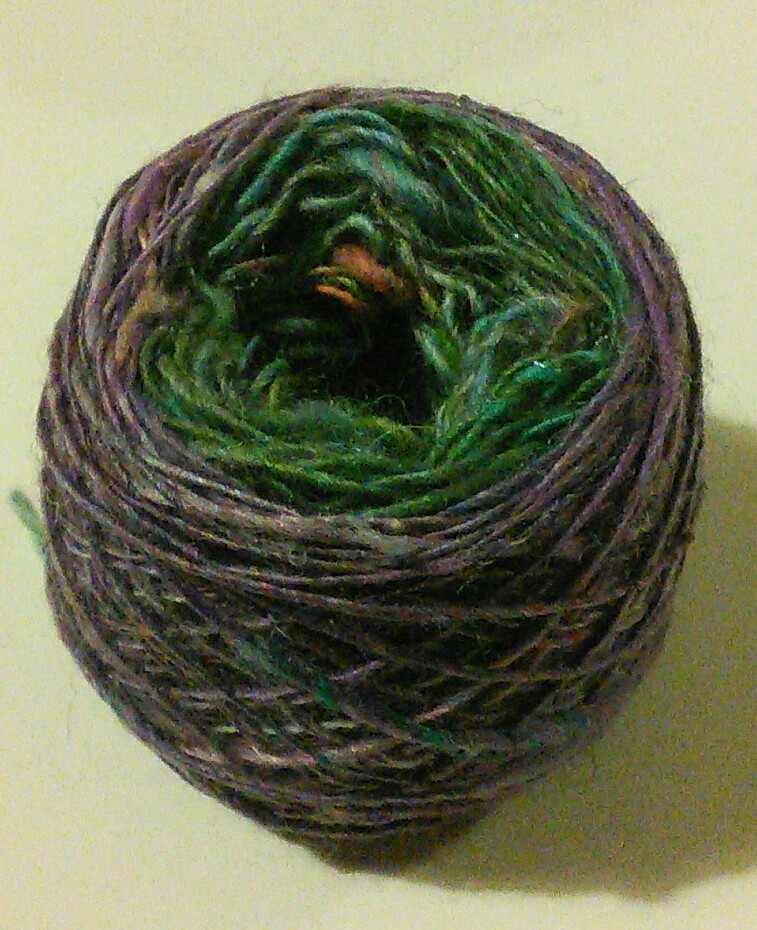 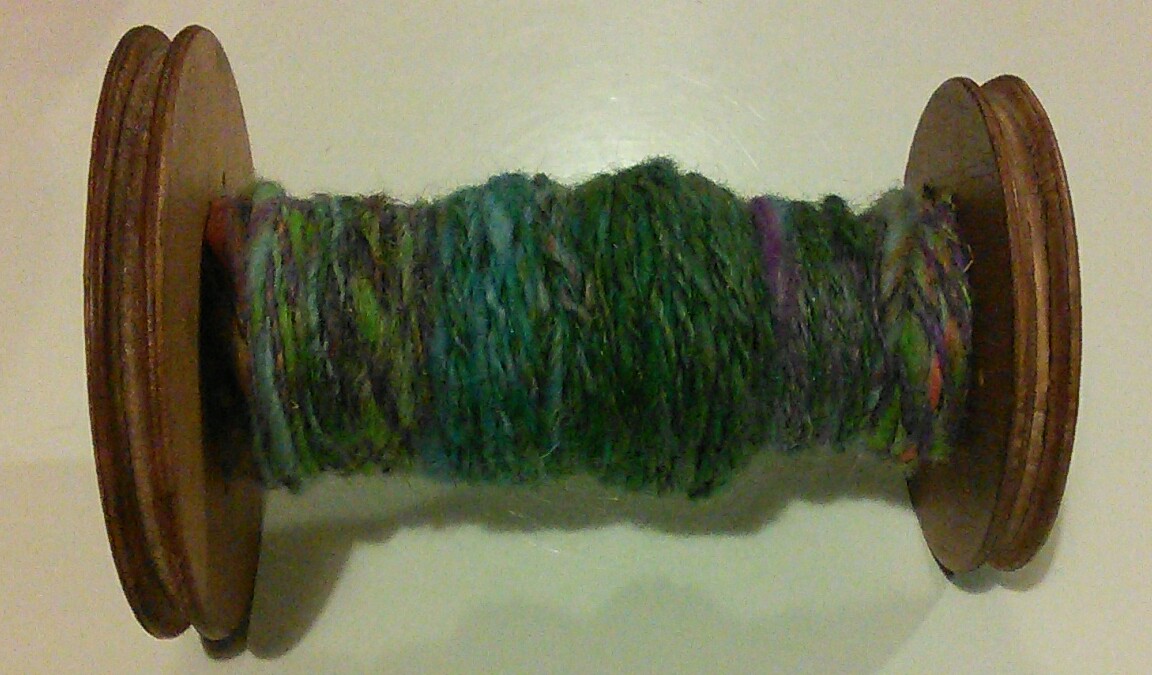 I nodded and nidded, then washed the skein. It’s not balanced, so will need another run through the wheel to add some more twist. Still, all good practice.
There is another WIP on the needles: a millamia baby blanket for a baby that is due really quite soon now. I’ve not seen my friend since she became pregnant, so the imminence has rather passed me by. Still, what baby needs a wool blanket in high summer? It will be done by autumn.
This week I’ve been rereading one of the Yarn Harlot’s books, following this post which made me both laugh and shed a tear. (I made DH read it too, but he only laughed: I don’t think he gets as emotional about knitting as I do). In fact it has been a week for thinking of excellence in writing, with the news of Terry Pratchett’s death. Pterry and the Yarn Harlot are two of the writers that I read in awe at their facility with language. Stephen Fry is up there too in the list of my favourite writers.

One Reply to “Spinning around”